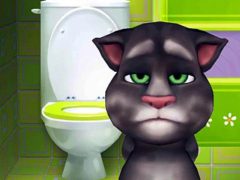 My Talking Tom is a digital pet application developed by Outfit7 in November 2013. In the game with similar features with Pou, Talking Tom is like a pet for us…. Read more »

Happy Wheels is a computer version of the physics-based skill game, which is widely appreciated on mobile devices. After downloading Happy Wheels, you can play immediately without loading. In Happy… Read more »

What has he swallowed all his life in a black hole? If we don’t know the exact color, we have the opportunity to learn how to go through a hole… Read more » 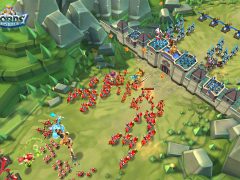 Today we look at Lords Mobile for our valuable followers. While you’re leaning back, we’ll start telling Lords Mobile. Lords Mobile is a real-time strategy game that is quite rich… Read more »

Finding a mobile game is not as easy as before. Hundreds of advertisements, wrong projects that people apply to satisfy their egos, hard-to-play keypads on the mobile screen, slow-to-play games,… Read more »

In Real Steel World Robot Boxing, you will use various robots to fight other robots in the boxing ring. There are currently 24 robots divided into 4 levels. Each layer… Read more »

Free Fire – Battlegrounds is one of the most popular games on Android and iOS. Let’s take a look at the content of this game, which is among the first… Read more »

Shadow Fight, played by nearly 40 million users on Facebook, is a successful production that combines the elements of role-playing games with a fantastic world. After Facebook, Shadow Fight 2… Read more »

One of the most popular categories that have emerged with the recent development of the mobile gaming industry is of course First Person Shooter (FPS) games. Standoff 2 has become… Read more »