Dragon Ball has the most loyal fan base in the anime world. In every age group, millions of people watched the series and read the manga. The manga and later anime adaptation had an impact on many generations of people. With those in mind, we created Dragon Ball Z wallpaper collection and addon to bring your browser a new set of customization options.

What Dragon Ball Z is all About?

Due to the events that occurred on the Dragon Ball Z, we had a chance to see the back story of Goku. That also brought to the story a new perspective and excitement, which delights the audience. As it turns around, Goku belongs to a race called ‘’Saiyan’’ known for being the strongest warriors of the universe. Also, we learned that the actual name of Goku was ‘’Kakarot’’. The initial reason Goku’s presence on the Earth is conquering the planet but, since Goku suffered from a head injury while landing on the planet, he forgot all of his former memories. However, Saiyans tracked down him and come to the Earth to convince him to take their side in order to conquer other worlds. 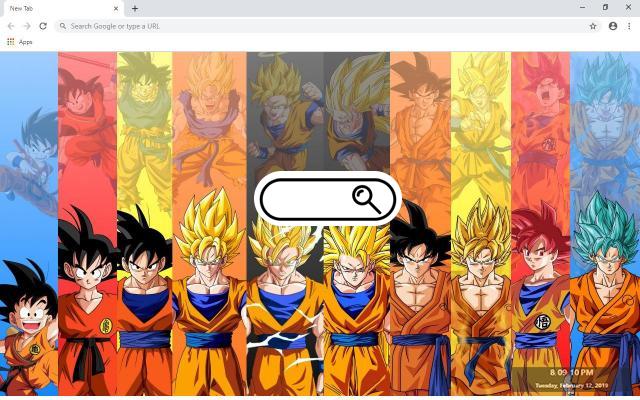 Dragon Ball Z introduces us to new characters such as Raditz and Vegeta; powerful warriors that Goku hasn’t face before. Add to that, we will see Goku as an adult and father. Just as fans wanted this new series begins with a fierce battle between Earth’s warriors and Saiyans. Even though they are powerful, to be able to match with Saiyans, Goku took another path of training so that he can save the future of the Earth. That also implies we will see new villains, power-ups, struggles, and trademark of the Dragon Ball franchise; one on one battles.

By creating the Dragon Ball franchise, Akira Toriyama inspired many people, including manga artists and animators. We were also inspired by his work and created this Dragon Ball wallpaper collection and addon for you! Take a look at our features: