Destiny 2 is a production that makes you into a story and that is a rooted one in many games. You know, the biggest parameter that connects a player to the game is the story of the game. Destiny 2 has taken a big place in the game market by taking you in to his own world.

There are some game types, 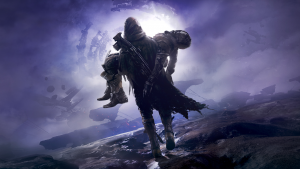 your goal is not just to play. I’m talking about rpg-type games that have quality details and topics that can give you an almost new life story. Here is Destiny 2, you will live one of these stories and you will not want to get up to the beginning of the game. The story of this game, embellished with great details, is a work of art.

Our game has followed a continuation of the story from the previous version. The Cabals we have fought in the previous game, this time as our first enemy and we start our struggle with them. Red Legion leader Ghaul, who seized the last stronghold after the collapse of humanity, becomes our main enemy in the game. At the beginning of the game, we do not have any power gained in the first game. Even the power that we call light is taken from us.

This power, which we call Light, is the biggest condition of being a guard, and without it, we are just a mortal. In addition to bringing more challenging air into this game, it also reveals that you need to play more carefully. Having the guns in the game content means finding special bullets and using them only on this condition.

But in the new game we now have 2 main weapons. You can use Kinetic and energy weapon weapons at the same time. With this feature, the game dynamic is very strong. At first glance, another innovation with Destiny 2 appeared in the talent tree. As soon as we open the talent tree, we can see that something has changed even in direct design. Our passive skills are on the right side of the talent page, while our active skills and ultimate powers are on the left side.

In the new game we can make small but effective add-ons to our weapons. Increasing the range or reducing shake, such as improving the quality of gun using features are great benefits in the game. Compared to the first game, Destiny 2 progressed at a faster pace, while the game mechanics advanced in this direction. When we play the game, our character and the situations in which we need to use our skills more quickly emerge.

From the perspective of the game graphics, it seems to have given all the attention to detail. These details, especially in the battle scenes, are very clear among the unique sparkles of the sparks from the metal pieces falling to the ground.