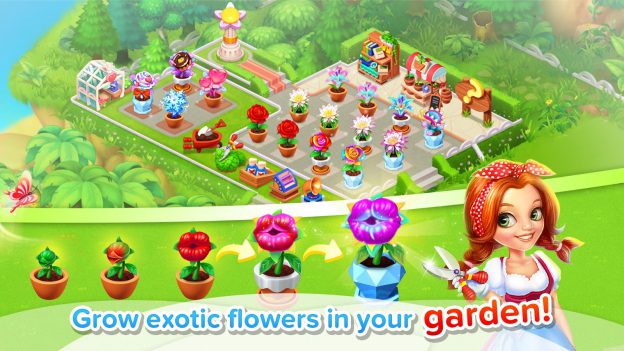 Before the rise of Candy Crush, there used to be another game which used to rule Facebook, it was called Farmville. The game brought the simulated experience of handling a farm over to the website and saw huge amounts of success. However, as the primary platforms for using Facebook changed from computers to smart phones, the game faded into obscurity and other better games took its place.

Though I never really got the game, I did get its appeal as it was somewhat of a simpler version of popular Nintendo game such as Harvest Moon. This is why I can understand the fascination of people with the genre and if you’re fan of farming simulators, then Family Farm Seaside is the game for you.

Family Farm Seaside is a farming simulator that has players take the role of a farmer and aim to control the biggest and most successful farm around. The game takes much of its core concepts from Farmville but has drastically improved upon them, thus making it a far better choice for anyone who loves farming games.

The controls of the game are quite simple to grasp and utilize the same touch based system that you may have used on any other simulator app. This greatly enhances the playing experience of anyone picking up the game for the first time as they don’t have to waste time familiarizing themselves with the controls.

That being said, easy to use controls aren’t what that gives the game its edge. Instead, it is the game’s reward feature which instead of punishing players for logging in after a certain amount of time, keeps everything from withering. This ensures that players can play the game at their own pace and not get frustrated after a certain amount of time. The game also utilizes new landscapes such as a farm alongside the beach and has players work towards owning their own personal island. All of these features, amongst many others, make the game a prime choice for anyone who loves farming simulator games. So if you’re a fan of the genre just head over to the Play Store now and pick the game up for free. While the game does contain some in app purchases, they aren’t necessary to advance further into the game, making the whole deal even sweeter.