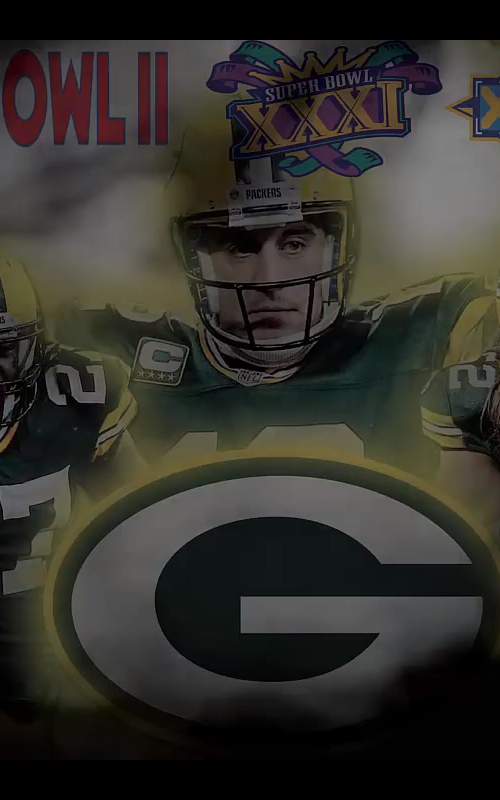 Green Bay Packers, American professional gridiron football team based in Green Bay, Wisconsin. One of the most-storied franchises in the history of the sport, the Packers have won the most championships, 13 in total, of any National Football League (NFL) team.

In 1919 Curly Lambeau and George Calhoun organized a group of men into a football team that soon managed a winning record against other amateur teams from Wisconsin, Michigan, and Minnesota. Lambeau, a shipping clerk for the Indian Packing Company, convinced his employer to donate money for the uniforms and, in the process, lent the nickname “Packers” to the team. With Lambeau serving as head coach and playing halfback, in 1921 the Packers entered the recently formed American Professional Football Association, which a year later would become the NFL. However, the team struggled with financial problems to the point of having to forfeit an entire season. In 1923 the team became a publicly owned nonprofit corporation supported by the people of Wisconsin and has remained so ever since.

Despite their rough financial start, the Packers won three consecutive championships from 1929 to 1931, with lineups that were laden with future Hall of Famers, including tackle Cal Hubbard, guard Mike Michalske, and halfback John (“Blood”) McNally. In 1935 the team added Don Hutson, who proceeded to redefine the wide receiver position and helped the Packers win championships in 1936, 1939, and 1944. Lambeau—who stopped playing for the team in 1929—stepped away from head coaching duties in 1949, and the team struggled for wins throughout the next decade: the Packers posted a losing record seven times between 1950 and 1958.

The team’s most successful period was in the 1960s, under the legendary coach Vince Lombardi, who had been hired in 1959. Lombardi’s Packer teams in the ’60s were stocked with talent, boasting future Hall of Fame players on offense and defense: quarterback Bart Starr, fullback Jim Taylor, halfback Paul Hornung, tackle Forrest Gregg, linebacker Ray Nitschke, end Willie Davis, tackle Henry Jordan, cornerback Herb Adderley, and safety Willie Wood. They won championships in 1961 and 1962 and followed with three straight championships starting in the 1965–66 season. On January 15, 1967, in the inaugural Super Bowl, the Packers defeated the Kansas City Chiefs 35–10. They successfully defended their Super Bowl title the following year against the Oakland Raiders, 33–14.

Lombardi left the Packers after their second Super Bowl championship, and Green Bay entered into a long period of relative futility, with just two play-off appearances in the 25 seasons between 1968 and 1992. Some of the team’s scarce highlights during that period included the play of Hall of Fame wide receiver James Lofton, who starred for Green Bay from 1978 to 1986, and (ultimately unsuccessful) coaching stints by past Packers greats Starr and Gregg.

In 1992 the Packers brought in head coach Mike Holmgren and quarterback Brett Favre, who were the key pieces in the team’s renaissance in the 1990s. Beginning in 1993, Green Bay qualified for the postseason in six straight years, including two NFC championships and subsequent trips to the Super Bowl. The team’s third Super Bowl appearance, in 1997, was a success: they defeated the New England Patriots 35–21. However, they did not repeat their win the following year against the Denver Broncos. After that loss Holmgren left the Packers for a job with the Seattle Seahawks, but the team remained a play-off contender into the 21st century. Favre acrimoniously left the Packers in 2008, and the Packers’ offense was given over to young star quarterback Aaron Rodgers.

In 2011 Rodgers guided the sixth-seeded Packers to three postseason road victories—including a win over their longtime rival the Chicago Bears in the NFC championship game—to earn a berth in Super Bowl XLV against the Pittsburgh Steelers, whom the Packers defeated to capture their fourth Super Bowl championship. The Packers won their first 13 games of the 2011 season en route to finishing the year with a 15–1 record. The team was a heavy favourite to win its second consecutive Super Bowl but was upset at home by the New York Giants in Green Bay’s first play-off game.

The team returned to the NFC championship game following the 2014 season but lost in heartbreaking fashion to the Seattle Seahawks after the Packers held a 12-point lead with just over two minutes to play in regulation. The team was once again painfully eliminated from the postseason the following year when Rodgers led a thrilling 96-yard drive with under a minute left to tie a divisional play-off game against the Arizona Cardinals only to see Arizona win the contest just three plays into overtime. In 2016 Rodgers led the Packers to six straight wins to close out the regular season and win a division title. His strong play continued in the play-offs, where he guided the team to a surprising appearance in the NFC championship game (a loss to the Atlanta Falcons). Rodgers missed nine games of the 2017 season with a broken collarbone, and, without the team’s star quarterback for much of the season, Green Bay’s streak of eight consecutive postseason appearances ended.

From 1933 to 1994 the Packers elected to play some of their home games each year in Milwaukee to benefit from the larger market. Beginning in 1995, all home games were played at Lambeau Field in Green Bay, notwithstanding that city’s small size (it did not exceed 100,000 residents until 2000) compared with virtually all other cities that have NFL franchises.